Le Capanne is a great starting point for trekking, mountain bike, canyoning and also to visit old and typical small Tuscan villages where you can taste local specialities.

See which magnificent places you can visit in Garfagnana.

Have fun with lots of activities surrounded by the Garfagnana landscape. 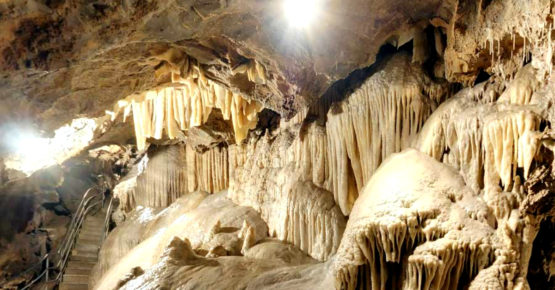 The Wind cave visitor can choose from five itineraries, each one notably different from a morphological point of view, in both length and time:

The Fourth Itinerary (complete tour) includes the first, second and third and lasts 3 hours, whilst the Fifth Itinerary lasts two hours and includes both the first and third itineraries.

No other European Cave which allows public access, offers such a variety of features, choice of routes and duration as does the 4th Itinerary.

You can visit the Grotta del Vento every day of the year (excluding 25th December).

Between 1st April and 1st November and 26th December and 6th January, and on Sundays and public holidays of the remaining period the times are as follows:

For organised groups of 20+ (tourist agencies, schools and other associations), tours are available throughout the year, even outwith stated hours, subject to prior arrangement.

Bookings can be made through the following address: 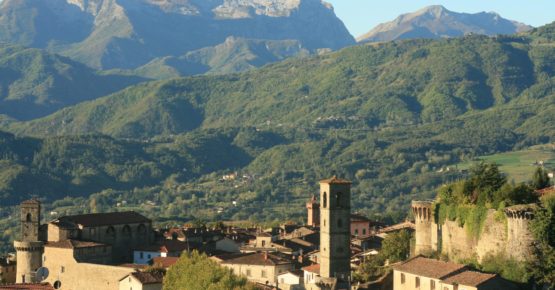 While the history of Castiglione di Garfagnana has always been linked to its military camp, the town actually dates to Roman times when a primitive Castrum was installed here, which developed in the Longobard and Frankish eras.

Castiglione still consists of a striking medieval fortress that has largely remained intact over the centuries, making the entire village a lively monument worth exploring. It’s a rarity to find instances of fortified villages this complete, plus a fortress that still stands strong in its centuries-old splendor and the keeps that wow with their majesty.

In the village check out the two main churches (San Pietro and San Michele), both built around the year 1000 and which host art of a certain importance. Also within the walls it’s worth visiting the Parco della Rimembranza, which leads to the impressive Torrione della Brunella, affording breathtaking views over the valley. In the summer, visitors can take a look at the jail cells in which bandits were imprisoned in the keep.

Near Castiglione di Garfagnana one of the best preserved monuments is the medieval bridge in Mulino, which the Spinetta Malaspina family had built in the thirteenth century. Architectural features of interest can also be found in other villages, such as the Church of San Pellegrino, which dominates the entire Serchio Valley from on high and holds the relics of San Pellegrino and San Bianco. Also in San Pellegrino head to the Museum of the Countryside and the Past, an interesting look at how family life used to be in the mountains. 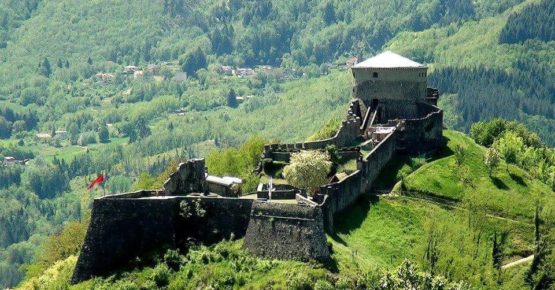 Already the end of Verrucole, certainly by wart, does understand how easily you could not choose a better location, perched and stony, on which to build a fortification.

The medieval fortress, which dates back to the days of feudalism, in Garfagnana, had as its representatives in zone i accounts Gherardinghi, is definitely one of the best known and in recent years the subject of numerous restoration projects promoted by the municipality of San Romano in Garfagnana, who owns from 1986.

If originally crenellated Castle is served by Manor House, later became, in time, venue of the Curia of Verrucole, and later military garrison, with two castellans to command an its Gatehouse, a defence of both Fortresses, the round Square, placed on the two extremes of the Hill.

The second half of the 15th century the interventions that have made the Fort as we see today.

Were required for military use the two bastions that overlook the town of Verrucole, as the tunnel that leads to the underground casemate.

Local legends still report as from here was to start a secret tunnel leading to the fortress of Camporgiano, administrative headquarters of Vicarious to which belonged the Castle.

From the terrace of the fortress there is a complete idea of the massive fortress and enjoys, as an engineer of the 19th century, “the most beautiful horizon della Garfagnana”.

The parish church of San Lorenzo, beginning the footpath leading to the monument there is, now, under the powerful Este family, impregnable bulwarks garrison to defend much of Garfagnana.

Finished the trail and crossing the walls from the main door with guardiola, you should definitely visit the tunnel leading to the underground casemate, how to observe the breathtaking views from the 16th century bastions.

The Round Rock, perhaps the first town hall, was the residence of Captain estense and impregnable prison, where torture and to confess the bandits caught in the area.

A solid and steep stone staircase leads to the Tower, where he set up a nature trail on the fortifications and you can visit the intended life of the Castellan, jails, and overlook the garden.

From Round Rock landscape embraces much of the Garfagnana, the Apennine slopes Orecchiella Park Pania di Corfino and until Pisanino and other peaks of the Apuan Alps.

The enterprise of the diamond is a symbol of Ercole I d’Este (1431-1505), represented by a diamond ring, which he holds on a zinnia flower.

The capital of the Fortress Church are carved as a sign of dedication to the Estensi, the last masters of the ancient province of Garfagnana.  Know more

The fortress is open during the summer from 9 to 20 hours, with free access to the bulwarks and the ‘ square of the fortress area.

The Round Rock, with the nature trail on the fortifications and casemate can be visited with admission. 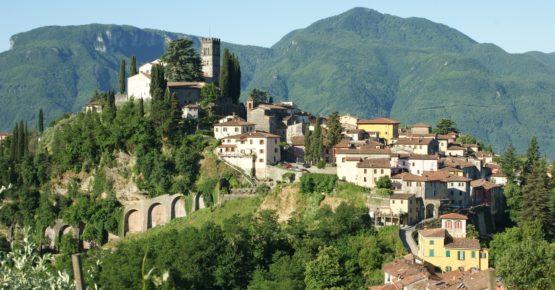 Barga.. it is not easy to describe this enchanting place on the soft-rolling hills at the foot of the Tuscan-Emilian Apennines, that contemplates the spectacular view of the Apuan Alps and silently observes the Serchio river that flows from Garfagnana to Versilia.

A protected atmosphere filled with sounds, fragrances and colours that revive the senses.
When you walk through the narrow streets of the Medieval town you are taken aback by enchanting hidden angles that seem to come out of a painting. When you turn the corner and go past a historical building you come face to face with the majestic Romanesque Cathedral that dominates the valley. When you look at it you it feel as if you are standing next to the poet Giovanni Pascoli while he is writing the famous poem “L’ora di Barga”. The musicality of the bells brings you back to reality.

Sounds take over from this majestic sight as you are captured by the lyrical music that fill the streets (Opera Barga Festival and Bel Canto in Barga) and the rhythm of jazz music (Barga Jazz Festival), that brings international artists here. You then find yourself in front of the Teatro dei Differenti (built in 1795), the heart of Baga culture.

Fragrances in the air now predominate the senses when you find yourself surrounded by many places to eat and drink with characteristic Tuscan cotto floors, serena stone walls and chestnut wooden beams that naturally mingle with the flavours of the traditional Tuscan cuisine like farro soup, porcini mushrooms and the majestic “castagnaccio” and “Befana” biscuits all accompanied by excellent red Tuscan wine.

After this escalation of emotions, you come face to face with the spoken language, where in place of the classical Tuscan accent, you surprisingly hear spoken English or better to say Scottish as there is a very strong connection with Scotland. Emigration there started at the end of the 19th century, some came back, some remained and so you can feel this intertwining of brothers, parents and children two thousand kilometres apart. There is a strong sense of pride in those who have been successful abroad. Paolo Nutini, the famous Scottish-Barga singer comes back to Barga every summer and it is normal to bump into him in the streets and listen to him play at LiveInBarga, , like a cousin that lives far away who you see now and then but it feels as if he has always been here. 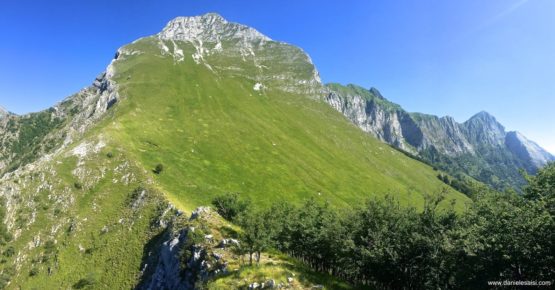 The trail network of Garfagnana valley offers many opportunities for hiking along well sign-posted footpaths.

In this web site we suggest only some of the most popular trails, inviting you to discover all the others; it’ s necessary to have detailed maps and the right equipment for walking.

Before starting the hike it is necessary to know the accessibility of trails, the update weather forecast by visiting the tourist information office or the Italian Alpine Club. 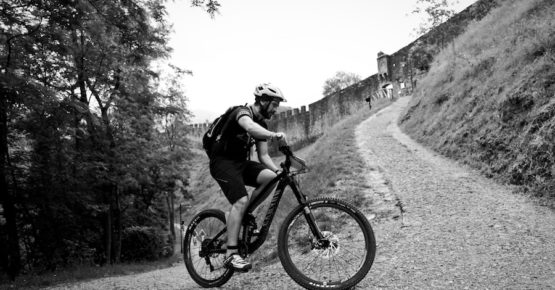 There are numerous possibilities of excursions in mountain bike along the paths and roads of the Valley.

All trains of the line Lucca-Aulla provide transport service bicycles and this allows to plan travel routes of crossed, using the train to return to the starting point.

See itineraries to discover some of the most frequented paths and exciting, also recommended by the magazine, none of these has a specific signage, so you may want to bring a good map or a detailed guide.

All lovers of two wheels by road or Mtb can try their hand at climbing Castelnuovo di Garfagnana-San Pellegrino in Alpe, which with its 1255 meters in altitude represents a classical stage of the tour of Italy. At the end of the climb the certificate issued from the Taverna del Pellegrino will witness the great enterprise.

The local autority Unione Comuni Garfagnana in collaboration with Consorzio Garfagnana Produce has set an E-bike Rental for Summer 2015, by the Tourist Information Office in Castelnuovo di Garfagnana.

Each E-bike is equipped with a small electric engine that helps in the delivery of the effort and makes the circuit accessible to virtually everyone.
They are high performance bikes and suitable for off-road cycling routes. 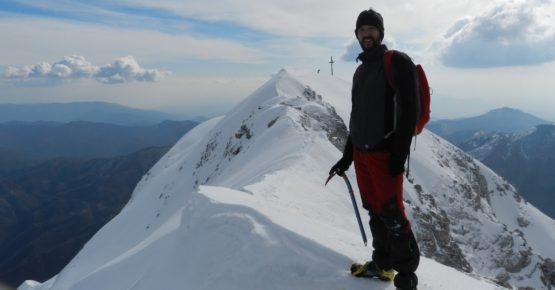 The lovers of mountaineering, both in summer and winter period, can find in Garfagnana, and particularly in the Apuan Alps, classic routes, opened by famous mountaineers, but also medium and easy trails, rock face, where even beginners can enjoy this exciting sport.

In winter, when snow conditions are fine, the Apennines offer ski mountaineering routes of great beauty. 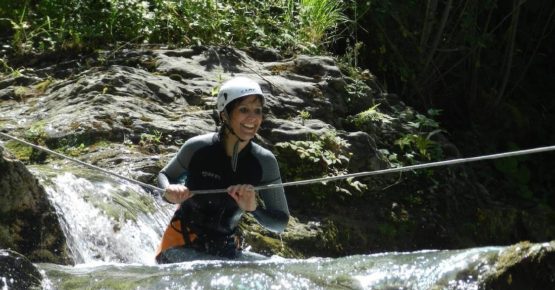 L’ adrenaline rushes on days spent in the Adventure Parks of Garfagnana.

Climb trees and embark on paths of different degree of difficulty involved in the daily activities of prehistoric man, falls down a stream, try rock climbing gyms equipped or get lost in the maze of the fairies.

All this is possible in perfect safety thanks to the experienced staff that knows how to teach even the most minor la passione per l ‘ adventure.

The Casone of Profecchia at the tourist centre of Casone

Read more
This website uses cookies to improve your experience. We'll assume you're ok with this, but you can opt-out if you wish.Accept Read More