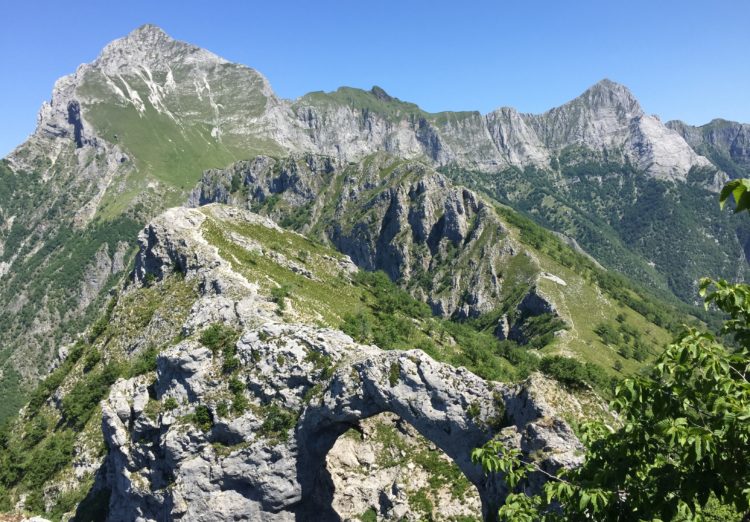 A nice excursion you can do during your stay in Le Capanne is Mount Forato. 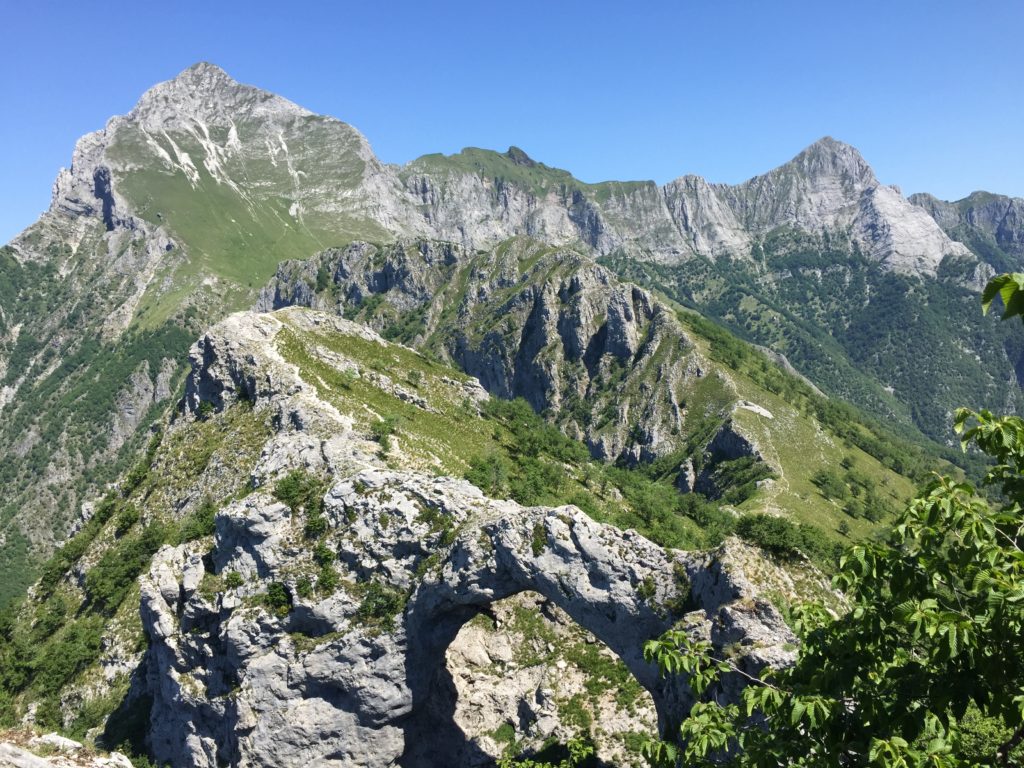 Mount Forato (1223 m. a.s.l.) is formed by twin peaks which are connected by a natural cyclopean arch that has been eroded and weatherworn into the limestone rock. The archway offers a unique sight of the Tyrrhenian coast and there is a superb view of the massif of the Panie from the peak.
From Fornovolasco (480 m.), take footpath n° 6 which cuts off from the valley bottom and passes in front of the entrance of the “Tana che Urla cave” once it has crossed the road for the Grotta del Vento (Wind Cave). This is a nice cave where a big underground river flows, but is only suitable for speleologists. A little further on, arriving at a fork in the path, take the path on the left that is flat at first, and then climbs down to the bottom of the valley.
Climbing up again, pass a wide stream near the ruins of a medieval church (La Chiesaccia), and reach a dirt road. From here, branch off and continue to climb along the valley bottom until a dirt road is reached and then a path which zigzags up to mountain pass called “Foce di Petrosciana” (900 m. a.s.l. 1 hr 30 mins from Fornovolasco). From this point follow the crest until the first step of the “iron path” can be seen on the left. Here, wishing to avoid this path which is only suitable for experienced climbers, come down from the crest and turn right, and follow a footpath into the wooks which leads directly to the huge natural arch (2 hrs 15 mins).
On the way back taking footpath n° 12, descend towards east along the meadow near “Casa del Monte” (25 minutes from the arch), from where you can proceed directly to Fornovolasco (little more than an hour) or else go in a southern direction and take the foothpath n° 131 which passes under some wide caves with pools of dripping water (Grotta di Petramolla), where shepherds stop to drink, and after 15 minutes the path arrives at the Foce di Petrosciana. From here you arrive at Fornovolasco along footpath n° 6 which was taken at the start of the excursion.

DURATION: from start to finish calculate about four and half hours.
DIFFICULTIES: an easy excursion, but the great difference in level (about 800 metres) makes it suitable for experienced hill walkers.
ADVICE: dedicate an entire day to this excursion. Wear suitable shoes.