Instead of Florence, Lucca 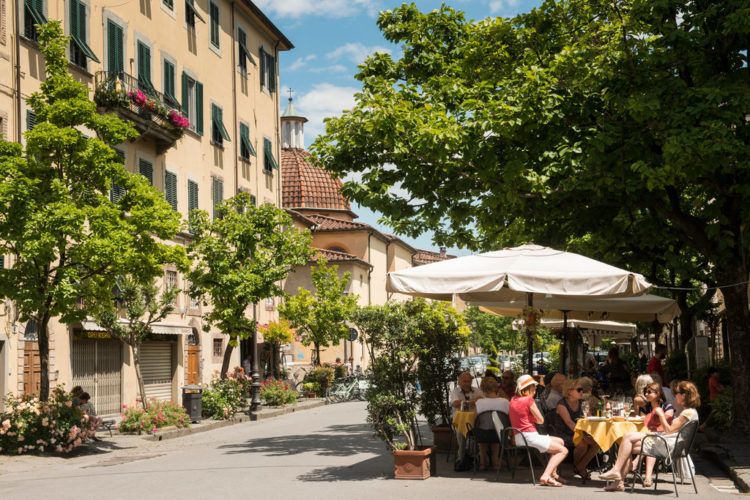 Posted by Daniele Saisi on 9 August 2019 | Featured | No Comments 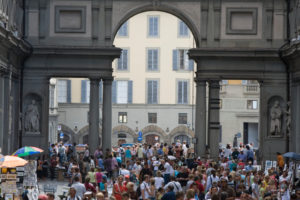 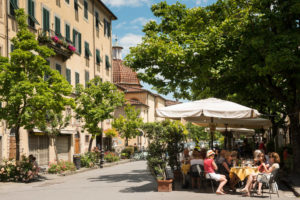 In the realm of Renaissance art and history, Florence is incomparable. Home to Michelangelo’s “David,” the Uffizi galleries, and Brunelleschi’s dome, the Tuscan capital is dizzyingly dense with masterpieces both artistic and architectural. It’s also swarmed with tourists.

In 2018, more than 10 million tourists visited this city of 380,000. During the sun-scorched summer season, movement through the congested center slows to a snail-like crawl. Recently, the city began instituting measures to minimize the impacts of mass tourism — fines for snacking on certain streets, an instructive #EnjoyRespectFirenze social media campaign — but Florence’s popularity shows no signs of abating.

For a glimpse of Renaissance glory with a bit more breathing room, look about 50 miles west to the city of Lucca.

Situated beside the Serchio River in northwestern Tuscany, Lucca is perhaps best known for its well-preserved city walls. Forming a perfect ring around the center, the Renaissance-era fortification was later transformed into a public park: a leafy two-and-a-half-mile elevated allée with views across green ramparts and terra-cotta rooftops. Once a prosperous hub of the silk trade, this handsome town has served as a backdrop in films and television shows, from “The Portrait of a Lady,” to a memorable “Top Gear” segment, among many others.

But beneath the camera-ready facade are charms both cultural and culinary.

On the menu, you’ll find eggy fresh pasta with rabbit ragù — or better yet, summer truffles — and raisin-studded cakes known as buccellato. (One food writer declared the local cuisine the best in Tuscany.)

Music is also central in this highbrow city, the birthplace of Giacomo Puccini. In honor of the composer, concerts are staged nightly from March through October at the Church of San Giovanni, and range from intimate recitals to full orchestral performances. In summer, melodies waft through the town from Piazza Napoleone, which hosts the Lucca Summer Festival, an annual outdoor concert series. This summer’s edition, from June 28 to July 29, features Macklemore, Janelle Monáe, Elton John and Sting, among others.

Lucca’s true appeal, however, lies not in its sights and shows, but in its quotidian pleasures. It’s in the first mouthful of hazelnut gelato from Cremeria Opera, an artisanal gelateria that ranks among Italy’s best. It’s in the cool breeze while pedaling a rented bicycle atop the city walls. And it’s in an evening aperitivo on Piazza San Michele, where the view — the magnificent Romanesque Church of San Michele in Foro and its 12th-century bell tower — invites lingering over a second Campari spritz.

It’s also in a simple plate of tordelli lucchese, a meat-stuffed pasta smothered with meaty ragù that’s on the menu at every local trattoria worth its name. It’s in an evening passeggiata along ancient stone-paved alleys. And it’s in an early morning atop Torre Guinigi, a 14th-century brick-and-stone tower with seven oak trees growing from its rooftop.

From there, the view is classic Tuscany: terra-cotta rooftops as far as the eye can see. True, there may not be a singular landmark to anchor the scene, like the Duomo in Florence. But Lucca, with its smattering of medieval towers framed by the green slopes of the Apennine Mountains, is an enchanting alternative.